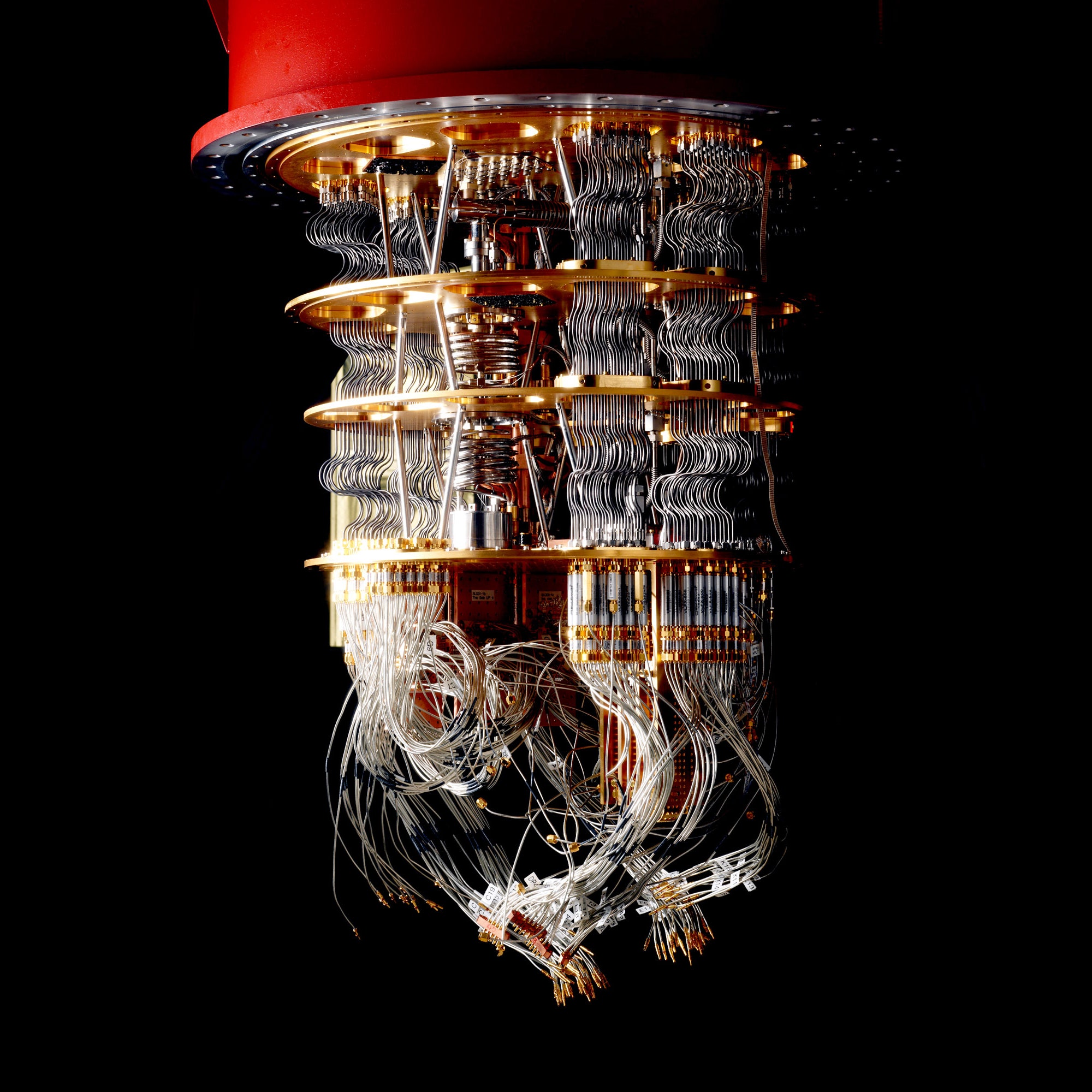 Grand advances in physics have, across history, resulted in revolutionary changes to the tools we use to interact with the world. The field of electromagnetism, for example, describes the interactions between magnetic fields and electric currents. The ideas inherent to that field now exist at the heart of any motor and most generators. The relatively newer field of quantum mechanics, which mathematically describes physical events at the scale of particles like electrons, has already heralded revolutionary technology. The nuclear bomb, which releases the incomprehensible energy between subatomic particles in the nucleus of an atom, relies on an understanding of the forces that draw those subatomic particles together, and how it changes between elements across the periodic table.

As it turns out, understanding the fundamental laws of reality may not be restricted in applicability to mass destruction. The era of big tech, and the computationally expensive algorithms that govern it, demand faster and more robust computers. The non-traditional logic of the quantum world may have the answer. Possibly.

In order to understand the potential of so-called “quantum computing,” let’s first dive into the nature of the universe. If you’re just waiting to see if you can use these things to play the most graphically stunning version of Red Dead Redemption ever, hold on. We’ll get there.

First, imagine standing in your kitchen and throwing a tennis ball into your living room. Then, without looking, take a guess about where you think it may have landed. Where’d you pick? The couch? Great. Classical Newtonian physics tells us that your prediction can be either right or wrong, the ball is either on the couch or not. In classical computers, this “right or wrong” value exists as a single “bit”, the value of one or zero, that exists as a magnetic orientation on a disc in your computer. But here’s where quantum mechanics, the mechanics of the very small, differs from that traditional sense. In the case of the tennis ball, before you walk into your living room and find it, it exists at a very specific position (where it landed) in the room. However, if instead of a tennis ball you threw a particle like an electron into the room, that previous assumption would no longer be true. Instead, before you look and find the particle, the most generally accepted interpretation of quantum mechanics known as the Copenhagen Interpretation tells us that the particle actually exists at all possible locations everywhere with varying and undulating levels of likelihood as a sort of squirming space blanket known as a wave function. At this point the electron is said to be in a superposition, occupying every position along the wave function at the same time. In terms of quantum computing, the “yes or no” logic of a bit would be more like saying “yes and no and also everywhere plus the square root of negative one.” This probability quaralary to the bit is known as a “qubit,” the state of a single particle, and literally involves the mathematics of imaginary numbers. Oh, also, if you try to actually look at your qubit, or walk into your living room to find the tennis ball, the space blanket disappears and your ball suddenly exists at a single location, and your qubit spits out a random number.

Before continuing, I’d like to point out that the above analogy is highly flawed in its simplicity and interpretation, and that the real math, reasoning, and philosophy behind the entire field of quantum mechanics is even more exciting. For instance, in the physics world there’s serious beef over the legitimacy of the Coppenheigen interpretation, and the universality of its claims. You should check it out for yourself, I highly recommend Adam Becker’s book What is Real?.

I could go on for an eternity talking about the wave function and its implications in regards to the fundamental nature of the universe, but I’ll get back to what you’re still wondering: can you play videogames on a quantum computer? Are they so exponentially powerful that they can one day outclass all traditional computers, and calculate the answer to life, the universe, and everything?

The short answer is much like a qubit, yes and no. The long answer is, well, buckle down for more physics. So, remember when I told you to throw your tennis ball into another room and look to see where it lands? Well that’s essentially what a computer does. Take an algorithm, which is essentially a math question with a real (but unknown answer), and ask your boring classical computer to solve it. Under the tennis ball analogy, the real correct answer to the algorithm is a particular piece of furniture that the ball can land on, the “yes” of one position. Given an algorithm, a classical computer will simply keep throwing tennis balls and checking where they land until one just so happens to land on the right piece of furniture, the real answer to the question you asked it.

A quantum computer, instead, throws a single quantum ball into the room, and makes the claim that it exists at some point along its wave function. Once the computer checks where the ball is, it appears at a random (yet probabilistically guided) point along its wave function. The trick to quantum computing, then, is creating conditions that result in your tennis ball landing on the piece of furniture that happens to be the right answer. In physics terms, this means increasing the probability that when you look at your qubit, it’ll reveal the answer you were searching for. Kind of, but not really at all, like pushing your couch, television, and chair as far into the corner of your room as possible and leaving your coffee table in the square center. The paradox with this situation, however, is the difficulty in guiding your ball to the right piece of furniture before you yourself know which piece of furniture is the right answer.

There you have it, quantum computers function by randomly guessing with programmable efficiency. Make sense? Probably not. Read this article by the folks at Quanta Magazine, the actual physics makes more sense than any analogy can really render it. This analogous understanding, if not entirely accurate to the very bizarre truth, does however help us understand the current grounds between quantum and classical computers. That is, throwing a ball into a room and looking at where it lands might work when your room is relatively small, as there are only so many places the ball can land. In terms of solving algorithms, this means working with smaller numbers. However, when you’re dealing with very large numbers, or a very large room, suddenly there are many possible places the ball could land. In this case, it’s better for the ball to exist everywhere at once, and be guided to the right position when you observe it.

In everyday terms, this means that classical computers are great and efficient at solving most of the simple tedious problems we task them with. (Really, you don’t need to ask the mystic space blanket for directions to the nearest Arby’s) However, when dealing with incomprehensibly large numbers, and incomprehensibly complicated requests, quantum computers really can’t be beat. To grant a sense of the scale we’re talking about, a pioneering model produced by Google recently solved a complicated problem in 200 seconds that would take the largest classical supercomputer in the world a contested either 2.5 days, or 10,000 years.

So, classical computers are probably here to stay for almost every task we could ask them for, except for narrow yet nonetheless fascinating fields such as encryption, code breaking, and modeling complex physics simulations. However, outside of the physics world, people seem to hold the belief that quantum computers are going to outclass traditional computers in every way, that they’ll do to regular computers what the lightbulb did to the candle. Why does this opinion exist? And why are big companies like Google and IBM pouring millions of dollars into this industry, when the results are not even certain at the theoretical level?

I believe the answer to this goes back to the change in the physics field following the invention of the atomic bomb, and subsequent end to the second world war. Adam Becker discusses this in his book, but prior to the atomic bomb, physics was a pursuit for pure academics, who typically sought wisdom about the nature of the universe, rather than tangible applicable uses. (That isn’t to say that those studies didn’t result in practical applications- consider the motor!) However, following world war two, physics came to be regarded as a source of crucial technological advances needed for warfare and modernization. Thus, millions of dollars began pouring into every area of physics, heralding such technology as radars, nuclear power, and quantum computing. This trend suggests that the current interest in quantum computing may, on my own conjecture, be tied more closely to a fear of lagging behind foreign powers in terms of computational power, than rational consideration for the potential of the technology.

Becker, Adam. What Is Real?: The Unfinished Quest for the Meaning of Quantum Physics. Hodder & Stoughton General Division, 2019.